While sitting at my desk this morning and glancing out the windows at the various clouds, beautiful trees, numerous deer, I know that everything in God’s universe is in it’s perfect place and there is no randomness!  I believe the same is true in my life.  Everything and everyone is in my life for a reason and I can find out that reason when I give up human will and outlining and quieten worldly thoughts throughout the day.

It is so easy to get caught up in this world with the overstimulation of the human senses due to all of the technology surrounding us.  We need to master it not vice versa.  Let it serve us!  Philippians 4:6 which is one of my favorite verses, states “Be anxious for nothing, but in everything by prayer and supplication with thanksgiving let your requests be made known to God.”

It made no difference how many people needed to be fed when Jesus fed the multitude.  His disciples wanted to send them away because they didn’t see immediately how this would be possible with only a few fishes and a several loaves of bread.  They were coming from a lack of Good or supply in their consciousness.

The Christ expressed gratitude and the human need was met.  We never have to leave to find Christ.  The Truth is always right where we are when we open our thoughts and rid ourselves of doubt, staying humble and grateful.  Matthew 5:6 states “Blessed are they which do hunger and thirst after righteousness; for they shall be filled.”

Human outlining keeps us from seeing the Truth before us.

Several months ago, my husband and I each sold a picture (he sold a photo and I sold a small watercolor) to a client several hours away.  When she received them, she sent a message to my husband and a picture of his framed and told him  where she was hanging it.  Immediately, I began having second thoughts about mine and wondered if she liked it.  Thought about calling her or messaging her but held back, but the doubting thought was persistent.  Finally, it dawned on me that validation should only come from God.  I didn’t really need it from another person and I then let go of the nagging thought.

Several days ago, I received a text from her stating she so loved the picture and had had a difficult time on choosing the right place to put it and had decided to put it next to a picture of her lovely daughter sitting in a field of flowers.  She included a picture of it.

My heart was filled with gratitude, not because I had heard from her which I was glad but that I had realized my validation comes from God always!

Job 22:21 states “Submit to God and be at peace with Him; in this way  prosperity will come to you.” 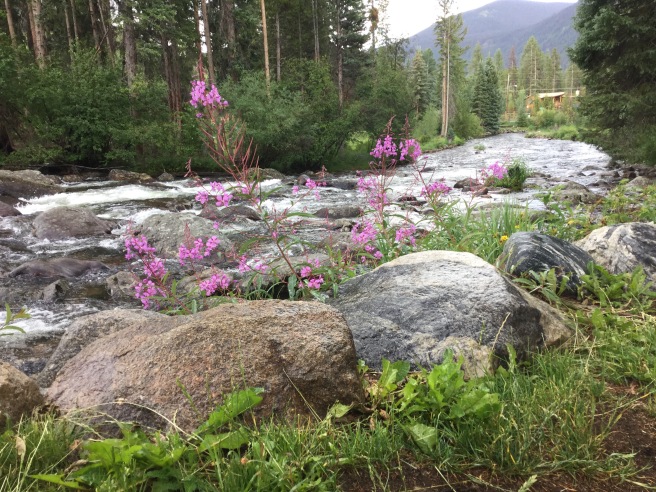 Yesterday at a luncheon, the conversation turned to useless wars and terrorism.  As there seemed to be heated responses, I began turning inward and after returning home, I began pondering my own thoughts.  Soon I was thinking of a family member who had recently hurt my feelings and how I always say I love this person but do not like her.  After much prayer work, I saw how I tried to make her like me, though.  There is sometime a mesmeric conversation that plays inside my head to show her how wrong she is.  Then I thought of the Commandment, “Thou shalt now have any graven images.” and knew those conversation were indelibly printed in my thoughts at times.  After much humble prayer to see what God sees, my heart began to feel softened, not broken.

Isaiah 60:2 states, “See, darkness covers the earth and thick darkness is over the peoples, but the Lord rises upon you and His glory appears over you.”  Maybe, at times my heart has to be broken in order for it to be softened.  I thank God that He does not give up on me or anyone.

It is imperative to be sensitive to Good, Love and anything Godlike, but never to error or sin.  That leads to imagined hurt feelings and expecting perfection in the human scene which is impossible.  Much frustration and failure result from seeking perfection in this life humanly.  Before long, that becomes gods as that search dominates our life.  God is the only Perfect One!  Exodus 20:3 states “You shall have no other gods before me.”  That focus will reveal to us our location spiritually!  Today, I will keep God first in all things. 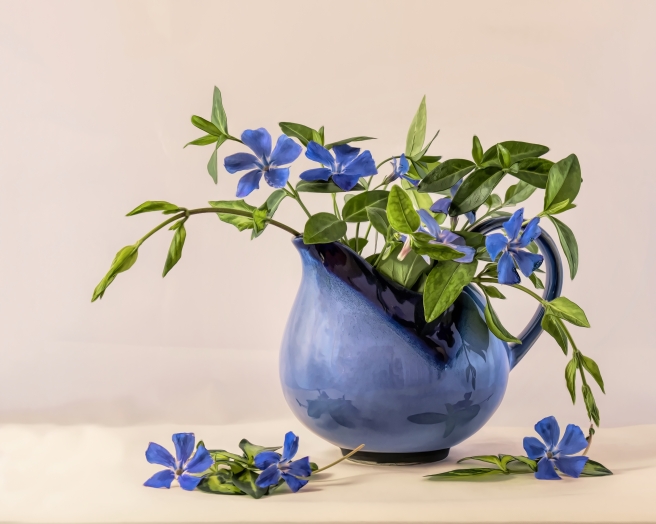 Yesterday afternoon coming home from the week-end spent in another city, we stopped outside of this little town where a flea market was going on.  We were drawn to this elderly woman’s tent where she had drooping hanging baskets and various plants.  All at once we decided to buy this very ugly hanging basket with a few yellow flowers peeking out and a small pot of colored peppers, also dried up looking.  We put them outside and watered them good with water and love when we got home several hours later.

This morning at my desk, I am looking out at this hanging basket standing proud and erect with beautiful flowers and hummingbirds sipping from the flowers!  Am thinking about how God sees us  when we feel worn out and droopy.   Love is always the answer!

James 1:2 states “Consider it pure joy, my brothers, whenever you face trials of many kinds.”  Often this may seem difficult, but release each and every challenge to God to see what He sees.